Alistair is a Trinity Graduate of 1977 when he was a social rugby player and Captain of D.U. Sailing Club. He became a leading Irish sailor and has almost 50 years experience of the Irish marine industry having founded and acted as MD of the The Irish National Sailing and Powerboat School in Dun Laoghaire in 1978 and having founded the marine chandlery store Viking Marine.

A leading light in the teaching of sailing as a personal development programme for young people, he has managed and developed U18 sailing squads to International level – culminating with a Bronze medal at the Europeans of 2005.

He is regarded as one of Europe’s leading Marine Safety Coordinators for Film and Television work, and has worked on some of the biggest blockbusters of the last 30 years, including Saving Private Ryan, Into the West, the Count of Monte Cristo, The Guard, Robin Hood, six years on the Top MGM TV show Vikings ,Badlands , Asterix en Grande Bretagne, Sing Street, The Tigers Tail,The Secret Scripture etc etc.. With a reputation that precedes him, Alistair is the man who Directors such as Neil Jordan, Ridley Scott and Steven Spielberg liaise with to make sure they come away with the shot they are looking for.

Alistair supports D.U.F.C. as best he can in the Pav and he always has a few entertaining words to share with us!

Mick had a long and successful career spanning 3 clubs. UCD (xxxColours), Lansdowne and Garryowen. He spent a season with Landsdowne where he won his two caps, playing against Wales and Scotland. He then went on to play for 13 years with Garryowen, whom he captained twice – the second time being the club’ Centenary year in 1984.

Pat graduated from Trinity in 1971 having won Colours in 1970-71, following which he played out his career with Clontarf.

Once referred to as “the most successful Irish tech entrepreneur that you have never heard of”. Pat started his business career in Rank Zerox but in 1980 he set up Sharptext in 1980, a photocopier and office products company. Sharptext became Ireland’s leading distributor of computer products before being acquired in 1998 by DCC – it is going strong as a €2bn business with more than 1,000 employees. Since exiting Sharptext a decade ago, Pat has made a number of successful angel investments and has served as Chairman on some high profile boards.

A keen horse owner and breeder, he was a Director at Tote Ireland from 2007 until 2010.

“build a team of people who think like founders, coming into work each day obsessed with driving the business forward”

“only invest in company’s you understand”

We look forward to some further wisdom on rugby, the sporting life and his experiences of both clubs involved in today’s match.

He was also selected for the British & Irish Lions tours to Australia (1966) and New Zealand (1971) – when he disrupted his tour with a broken hand in the now infamous match against Canterbury.

Having graduated in Chemical Engineering from UCD he worked for the IDA but in 1973, while still playing for Ireland, he gained control of quoted shell company James Crean. Over the next two decades he grew it into a diversified industrial holding company, which at one time was one of the most valuable companies in the Irish Stock Exchange.

John Taylor, a fellow Lion in 1971, described him as “one of the best technicians the game has ever known”. His contributions in that regard have continued and in 2011 he co-authored a letter to world Rugby explaining how the then current scrimmaging laws ran contrary to the Laws of Physics.

One of the great thinkers about the game, we look forward to both his reminiscences and also his views on the current state of rugby.

Gerry’s father David Thornley was a labour politician and university professor in Trinity.

He has been the rugby correspondent of the Irish Times since 1997 and is a regular contributor and rugby analyst on both TV and radio.

He is the award winning author of Trevor Brennan: Heart and Soul and author of biographies for Ronan O’Gara and Peter Stringer. Arguably his best book is the last one: Front Up. Rise Up – The Official Story of Connaught Rugby (ed.)

We look forward to a few interesting perspectives on club and Irish rugby. 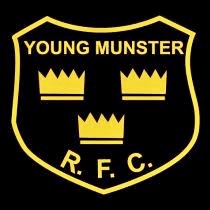 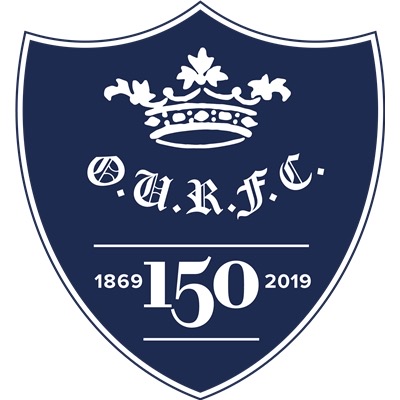