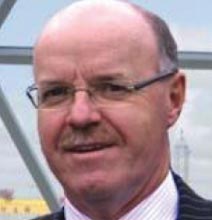 A past player and captain of the Club in the early 1970’s, John now lives in Saintfield Co. Down. He played for Campbell College, Ulster Schools and N.I.F.C. but his strong association with Trinity and Leinster rugby is reflected in his having played in four “Colours” and represented both the Combined Universities XV and Leinster at U.19 and U.21 levels. After Trinity he completed a rugby scholarship at U.C.L.A., where he played for the inaugural USA Cougars but a severe knee injury originally suffered in a Colours match finished his playing career. He had some success as a trophy winning coach at Ballynahinch Rugby Club. He considers it his privilege to have been a player, captain, President and now Chairman of the Club – living out the maxim, “D.U.F.C. – a Club for Life”. A BESS graduate, after a career as a Chartered Accountant and in Banking John is now principal in PAX Commercial Mediation. 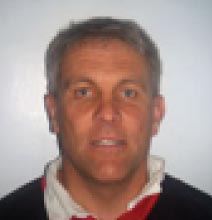 Born in England. Tony played his Rugby at St. Mary’s School, Puddletown; Puddletown RFC; Exeter RFC; and County rugby at all levels with his home county Dorset and Wiltshire  -including English schoolboy and Colts (U19s)trials .

Previously Tony lived and coached in Seattle, USA for ten years. While in the USA, Tony founded the USA U19s program in 1992 whom he coached on 7 tours to New Zealand  and Australia. While in the USA he coached the Redmond High school team and his club Seattle RFC for 10 years (player/coach for six years) – finishing 2nd and 3rd in the USA HS National championships in 1993 and 94.

Tony came to Trinity in 1998-99 following three years as Senior Coach at Blackrock College RFC (1995-98), coaching the 1st XV in the AIL Division One. He coached the club’s U20s during the same period winning two back to back All Ireland Championships.

Tony coached the USA U19s to their first ever FIRA U19s championship back in 1998 in Toulouse. That same year he stepped in at the last minute and coached the Ireland Women’s squad in the Women’s World Cup in Amsterdam.

In 2010 Tony coached Leinster U19s to an undefeated inter-provincial championship. He has also coached Irish Universities on several occasions over the past 22 years.

2006-07, while still coaching in Trinity, Tony was the USA Senior Eagles Backs Coach.

He had a second spell with the US Eagles in 2012-14 as Attack Coach.  Overall he coached in 13 ‘Tests’. These games Included a narrow loss to Ireland in Houston Texas 15-12.

Tony has coached at Willow Park School and Blackrock College School for over 25 years.

During the past 22 years Tony has coached over 400 Trinity 1st XV games (including 350 AIL games) winning four AIL championships at different levels;

Trinity 1st XV have also achieved runner up in two other seasons.

Trinity’s highest placing in the AIL was in 2017-18 where they took 4th in 1A and qualified for the semi-final of the All Ireland Championship, losing away to Cork Con .

He coached roughly the same number of games in that period with Trinity U20s squad (on Sundays) where Trinity has qualified for seven U20s All Ireland Finals (Frazer McMullen Trophy) in 22 years winning four Championships in 2004, 2006, 2017 and 2018 including the last two completed Championships.

Tony and his wife Catherine have a daughter Éabha. 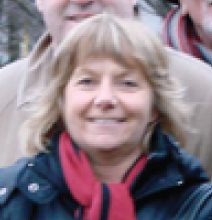 Kay joined Trinity in 1997 as Club Administrator putting the DUFC Office on the map. This is her 17th season with the Club. She was elected President of the Club in 2011/2012, becoming the first Lady President of an Irish University’s Rugby Club, leading the Club to promotion from Division 2 and becoming the All Ireland Club 7s Champions. In June 2012, the Irish Universities Rugby Union founded a Ladies Rugby Inter-Varsity competition, naming it “The Kay Bowen Cup”. She is married to Jim Bowen, of Munster Team fame, and has three children, Carla, Kim and James. 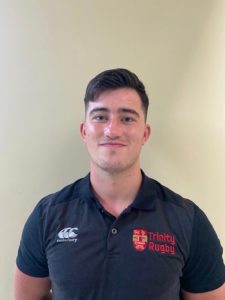 Micheál is in his fifth year with Trinity and is studying a postgraduate degree in Operations and Supply Chain Management.

He sits on the committee as Club Captain and Captain of the First XV. Micheál is an out-half who attended Gonzaga College before joining Trinity. In his first year with the club he won the U20s All-Ireland in 2018, the Conroy Cup and the u20s Colours. In his second year, he was promoted to the First XV team which coincided with the club finishing fourth in AIL 1A for the first time in the Club’s history and winning a Colours against UCD. Vice-Captain of last year’s side, Micheál is very excited to lead the Club and a talented senior squad with the help and support of players, staff and Club members. 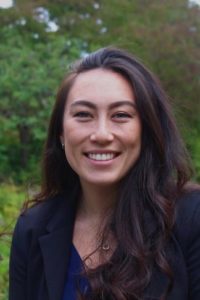 Ciara is going into her fourth year of playing with DUFC and is studying medicine. She is this year’s captain of the Women’s Team and has been playing rugby for the past seven years.

As an undergraduate at the University of California, San Diego she was captain of the team in her final year.  She plays flanker and hooker but does move around the forward pack to whatever position is needed. She was the interim on-pitch captain in past years for D.U.F.C. and this is an indication of her leadership capabilities – in the last two years starting nearly all games that she was eligible to play.

Ciara will lead this team into a new and exciting season after an unfortunate short last season. She is looking forward to being on the field again and cannot wait to get morale up with everyone involved in the club. 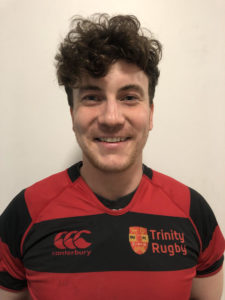 Dave is the captain of the 3rd XV and Junior club in DUFC. Dave is a third year PhD student having graduated with a BA and MSc from Trinity College. Dave plays fullback and wing and has previously played with Coolmine RFC and Catholic University School. This is Dave’s second year as captain and he hopes to build on his achievements last season in developing a strong ‘middle club’ both on and off the pitch. This is his second year on the committee.

Jody is in his fourth year with DUFC and is a final year Global Business student. He sits on the committee as a Club Student Officer.

As a back row, Jody played with St.Michael’s College and Leinster underage teams before joining DUFC. He played flanker on the U20 All Ireland winning team in 2019. The following season, Jody captained the U20’s squad to the colours trophy and an All Ireland semi before Covid-19 ended the season prematurely. Last season, Jody was involved with the senior team and will aim to kick on with the team this year and enjoy a successful season. 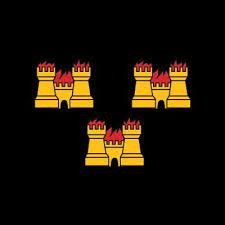 Matches this weekend to support….