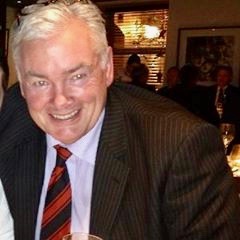 Pierce came to Trinity from Presentation College Bray in the early 70s and was a key member of the very successful DUFC team captained by John Robbie which won the Leinster Senior Cup beating Blackrock RFC in the final following a replay.

He then went on to captain Greystones in 1978 and 1981 and was capped by Leinster  in 1982. Work took him to Munster and his robust style of play suited Munster rugby where he was a major influence in reviving the fortunes of Highfield RFC -resulting in him captaining the club in 1986/87 to a Munster Senior Cup Final, losing narrowly to a very strong Shannon side.